The band Dirty Deuce has been bringing their rough-edged brand of soulful blues to stages throughout Door County for more than a decade, proving their band to be much more than a hobby.

From dive bars to bowling alleys, town parks to the biggest of peninsula stages, they’ve played everywhere and earned a devoted following. Host Ben McMahon catches up with band members Rob Atwood, Jamey Clark, and Zach Vogel to talk about their new album and what moves them to keep rocking stages up and down Door County in this episode of Crew At the Shoe.

While many musicians aim to make a full-time career or more out of music, drummer Jamey Clark says that, in a way, having music as a side job keeps his love for it alive.

“I find a lot of other ways to make money so I don’t have to rely on music, and that makes it a lot more enjoyable,” Clark says.

Atwood, the band’s lead singer and guitarist, said he finds his motivation in moving the crowd. “What matters, is can you close your eyes and does [the music] do something to ya?” Atwood explains.

Check out the episode and hear clips from several of the band’s original songs recorded live at Waterfront Mary’s in Sturgeon Bay. 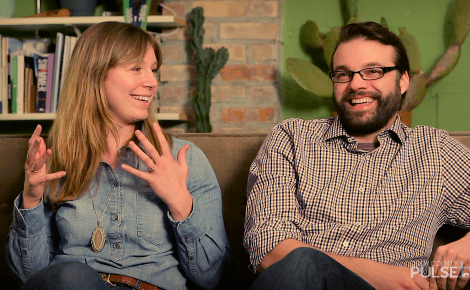 No, Nick Hoover and Jessica Holland are not Door County's top metal band. Find out the meaning behind the name and hear their songs in the new show.Read more… 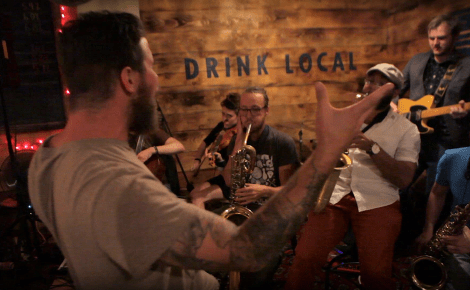 Ben McMahon sits down with the members of Improvestra, a band unlike any other you’ll see on the peninsula. This Twin Cities-based improvising orchestra is made up of 10 toRead more…
View More Videos